Nancy Sutley is Chief Sustainability and Economic Development Officer at the Los Angeles Department of Water and Power. Previously, she served as Chair of the White House Council on Environmental Quality from January 2009 to February 2014 and was one of the chief architects of President Obama’s June 2013 Climate Action Plan to reduce carbon pollution, prepare the U.S for the impacts of climate change, and lead international efforts to address climate change. Prior to her appointment to the Council on Environmental Quality, Sutley was the Deputy Mayor for Energy and Environment for the City of Los Angeles under Mayor Antonio Villaraigosa and represented Los Angeles on the Board of Directors for the Metropolitan Water District of Southern California. She served on the California State Water Resources Control Board from 2003-2005 and held positions at US EPA. Sutley received her bachelor’s degree from Cornell University and her Master of Public Policy from Harvard University.

A ninth generation Californian, Sean Arian is founder and President of Eos Consulting, helping clients pursue market-driven solutions to tough environmental problems. He is currently acting as an adviser to the Los Angeles Department of Water & Power on cleantech and economic development matters and as Senior Advisor on Green Economy Initiatives to the Los Angeles Area Chamber of Commerce. From 2007 to 2010 Sean was the Director of Economic Development for the Mayor of Los Angeles, where he was responsible for driving the City’s green economy strategy, including the Clean Trucks Program and the Cleantech LA partnership. Prior to joining the Mayor’s Office, Sean worked as a consultant at McKinsey & Company, a global management consulting firm. He is a past Executive Director of the Harry Bridges Institute and Director of International Relations for the International Longshore & Warehouse Union. He also serves on the advisory boards of the Santa Monica Mountains Conservancy and Opportunity Green.

Glen Dake is a landscape architect at DakeLuna Consultants and a leader in building community-designed landscapes, transportation, and school improvements in Southern California neighborhoods where he has practiced since 1987. He helped to found the LA Community Garden Council in 1998, and helped to permanently protect the Vermont Square Community Garden with the Trust for Public Land. Between 2001 and 2005 he served on then-Los Angeles Council Member Eric Garcetti’s staff where he worked on Mr. Garcetti’s ambitious green agenda and developed thirteen new parks. He holds a bachelor’s degree in Landscape Architecture from Cornell University. He serves on the Board of Directors of the LA Community Garden Council; and is appointed to the Board of Directors of the Metropolitan Water District of Southern California. Glen currently serves as Board Chair for the California League of Conservation Voters.

Estela de Llanos is Vice President of Clean Transportation, Sustainability and Chief Environmental Officer for San Diego Gas & Electric (SDG&E), a Sempra Energy utility.  In this role, Estela oversees a number of environmental and sustainability initiatives, including SDG&E’s clean transportation and energy storage programs  Prior to joining Sempra, Estela was an attorney specializing in land use and environmental matters in the Los Angeles office of Latham & Watkins LLP.  Estela holds a law degree from the University of Pennsylvania and a bachelor’s degree in psychology with a second major in international studies from Yale University.

Tim O’Connor is a Senior Attorney and Director at Environmental Defense Fund in California. Since joining EDF in 2007, Mr. O’Connor has engaged state regulatory agencies and the legislature on the passage and implementation of climate and clean energy initiatives, with particular focus on natural gas and oil issues, market-based emission reduction programs, transportation fuels and vehicles, clean energy and conservation. Mr. O’Connor currently sits on the boards of the California Foundation for Environment and the Economy, the California League of Conservation Voters, and is a member of the Los Angeles Community Forest Advisory Committee representing District No. 5. Prior to joining EDF, Mr. O’Connor was a senior compliance inspector at heavy industrial facilities, including petroleum refineries and power plants, in the San Francisco Bay Area. He holds a Masters of Environmental Management Degree from Duke University and a J.D. from Golden Gate University with specializations in Environmental and Public Interest Law. 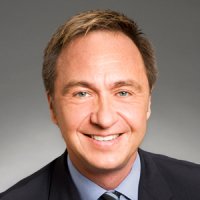 Rick Zbur is the Executive Director of Equality California, the largest statewide LGBT advocacy organization in California. Previously he was a senior partner in the Environment, Land & Resources Department in the Los Angeles office of Latham & Watkins, where he was cited as one of Southern California’s top ten environmental attorneys by the Los Angeles Business Journal in its 2009 “Who’s Who in Law” feature. He was also cited as a leading environmental attorney by the Los Angeles Business Journal in 2008 and 2009. Mr. Zbur took a leave of absence from the firm in January, 1996, to run for Congress in California’s 38th Congressional District. He received the strong support from the environmental community, and was endorsed by the California League of Conservation Voters and virtually every other leader of the environmental community in Southern California. He won the Democratic Party Primary in March, 1996 and lost narrowly in the general election. He received a bachelor’s degree from Yale University and a JD from Harvard Law School.