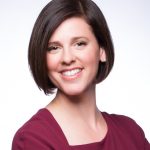 Prior to taking on her role as CEO, Mary served as the California Director of Government Affairs for The Trust for Public Land where she led the effort to pass the largest parks tax measure in the nation, spearheaded the state’s greatest investment in underserved communities in California’s history, and created an urban greening program marking the first time parks and green infrastructure were included in California’s climate policy. Mary has a long and successful track record of leading campaigns and initiatives at regional, statewide, and national levels as the Chief Strategy Officer of Green For All, the Associate Director of the Partnership for Children & Youth, and the Political and Organizing Director of the AFL-CIO Labor Council in Silicon Valley. She serves on the Wildlife Conservation Board as a Senate Appointee and has advised organizations across the country as an organizational development and effectiveness consultant. 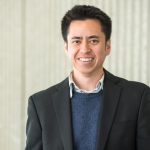 Mike has been with CLCV since 2005, and he has served as Political & Organizing Director since 2018. He has extensive experience working with key political and grassroots community partners to build strategic relationships that have helped both identify and support environmental leaders, as well as hold legislators accountable to their community’s concerns. Heavily engaged with CLCV’s sister local leagues, Mike served as a board member and officer of the Los Angeles League of Conservation Voters, and is currently a board member on the League of Conservation Voters San Diego. He also played a key role in the development of a new Central Coast League of Conservation Voters. Mike is a graduate of Pepperdine University, and he earned B.A.s  in Political Science and Philosophy, as well as an Undergraduate Certificate in Dispute Resolution. 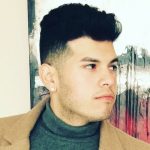 Matt manages our California Voices program, focused in the Inland Valley Region. Raised in the Inland Empire (Rialto and Rancho Cucamonga), Matt has been able to bring his local knowledge to his work focused in the region to build partnerships and amplify community concerns about the impacts of climate change, the local benefits from investments in clean energy, and the critical need to conserve and protect our environment. His work with CLCV EF is an extension of his previous work organizing around educational access, LGBT rights, and anti-racism issues. Matt gra 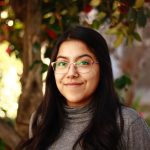 Melissa represents the organization in Sacramento lobbying for strong environmental policies and working with partner organizations on advancing priority legislation. Her work includes tracking and prioritizing legislation, representing CLCV on a variety of coalitions and networks, working with state legislators and their staff, and being the organization’s voice in the Capitol. Previous to her time at CLCV, Melissa worked with Californians Against Waste on advancing waste reduction and recycling legislation and at Cal State Long Beach, Associated Students Inc. advocating for sustainability and zero waste policies and practices on campus. Melissa’s interest in policy began with an interest in environmental sciences and developed with strong sense of urgency to address the need to shift away from fossil fuel use and other extractive industry practices.